I completed my doctoral thesis at Oxford last year on Russia's military interventions in Ukraine and Syria.

Based on that research, I am sharing some thoughts on why Russia invaded Ukraine and what Putin might do next /1​
Russian military interventions are often explained by geopolitical opportunism or regime insecurity

It is intriguing that Russia would invade Ukraine when its great power status was rising and there was no immediate threat to Putin's regime /2​
Geopolitical opportunism has been chronically overplayed. Russia's annexation of Crimea and Black Sea foothold was not rationally worth the cost of Western sanctions.

Even in Syria, Russia embarked on a potentially high-risk, uncertain reward mission that ended up succeeding /3​
Regime insecurity has also been exaggerated as a driver of Russian aggression.

The 2011-12 protests might have influenced Russian alarmism about Euro-Maidan and the Arab Spring, but there was no serious threat of unrest diffusing from Kyiv and Cairo to Moscow /4​
Putin has instead used military interventions as a tool of legacy-building and identity construction. He is focused on the long-term legitimacy of his regime and Russia's political system

This means having a sphere of influence, effectively challenging the US-led legal order, and having a superpower-style global reach

Fascism, uncontrolled unrest, Western expansionism, Islamic extremism- these narratives date back to Hungary 1956, and endured through the Soviet collapse /7​
Putin has also effectively rationalized the costs of military interventions to the Russian people

Highlighting Russia's capacity for self-sacrifice as a contrast to perceived Western decadence is crucial. Hence the continuous World War II Great Patriotic War references /8​
The war in Ukraine allows Putin to showcase Moscow's control over its sphere of influence, willingness to combat socially accepted threats and feeds into popular conceptions of "Russian strength"

It is an identity construction and authoritarian consolidation project /9​
There are two differences between Russia's current and past actions:

Given his framing of the war, that likely means he will continue pursuing regime change, but not necessarily an occupation /11​
Given this calculus, sanctions are unlikely to deter Putin, and diplomacy is unlikely to change his mind

Only an intra-elite schism, which poses an immediate threat to his regime, might cause him to recalibrate, and even then, most likely only temporarily /12​ 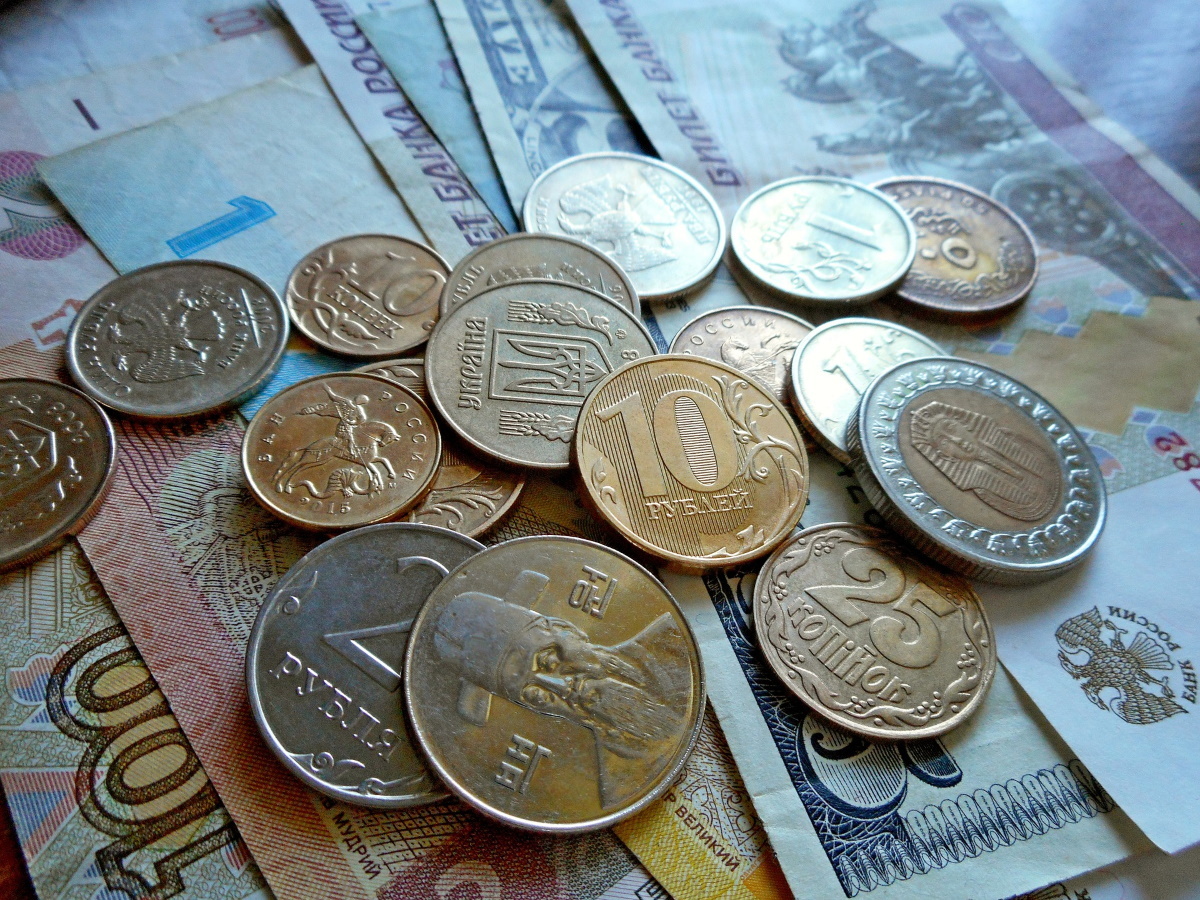 
Kamil Galeev napisał:
It seems border guards are instructed not to allow the IT specialists out. I made screenshots from Russian chats on how to leave the country. There's only one rule: tell you're not from IT. Swear you are humanities grad, they'll let you out of Russia. Don't confess you're a coder
Kliknij aby rozwinąć... 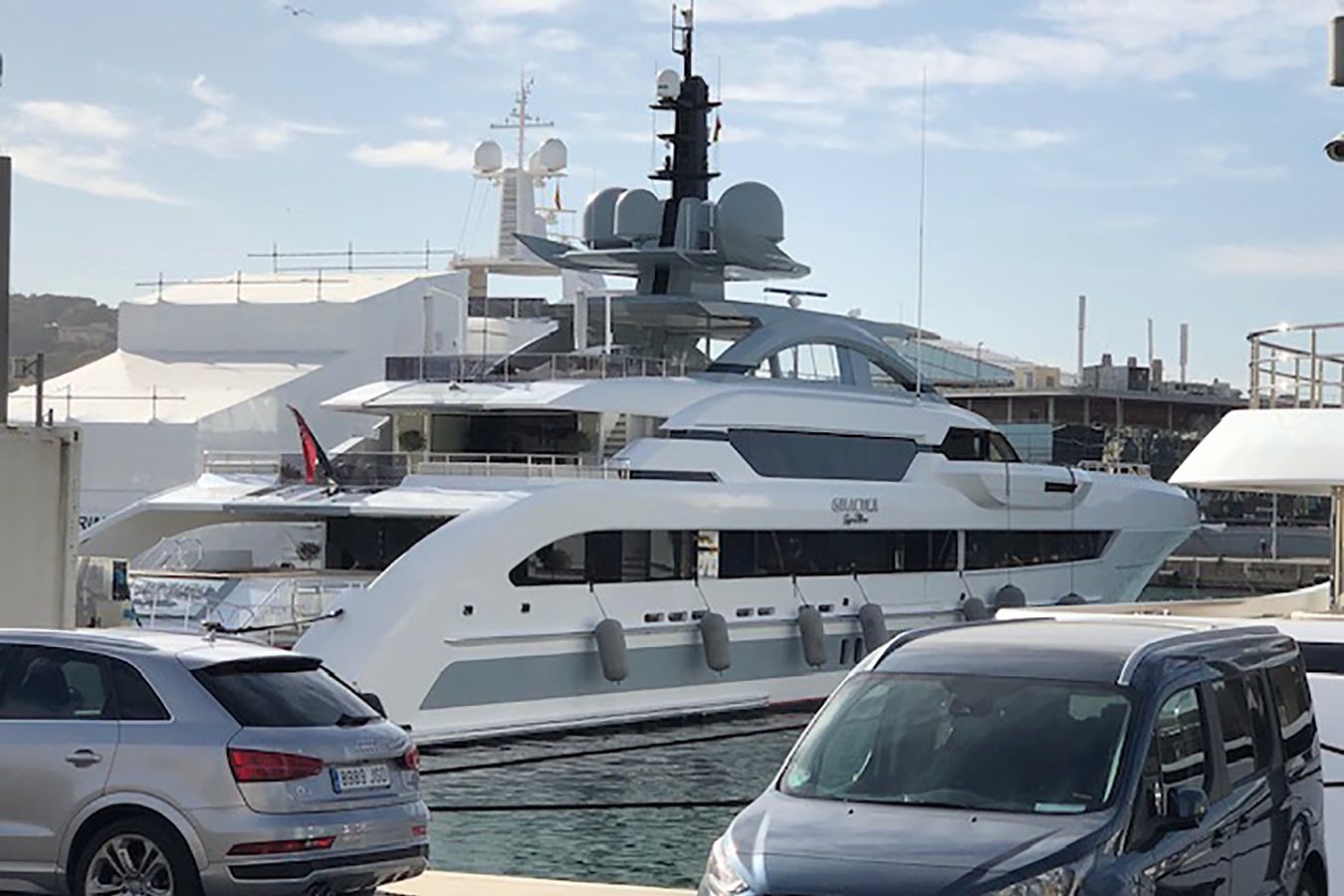 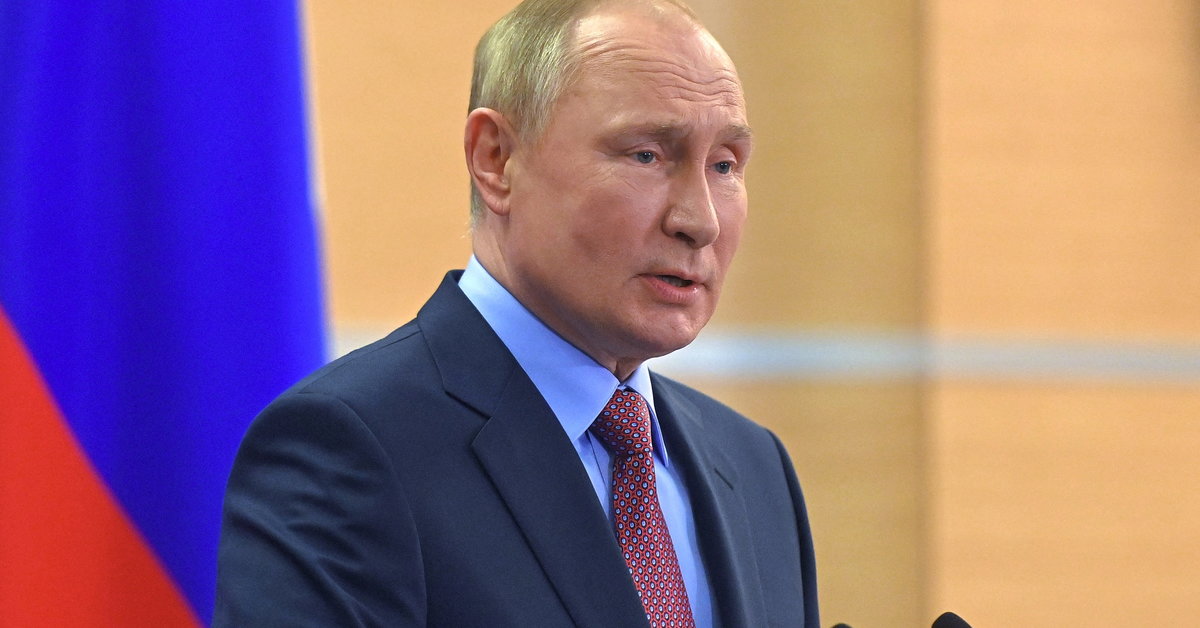 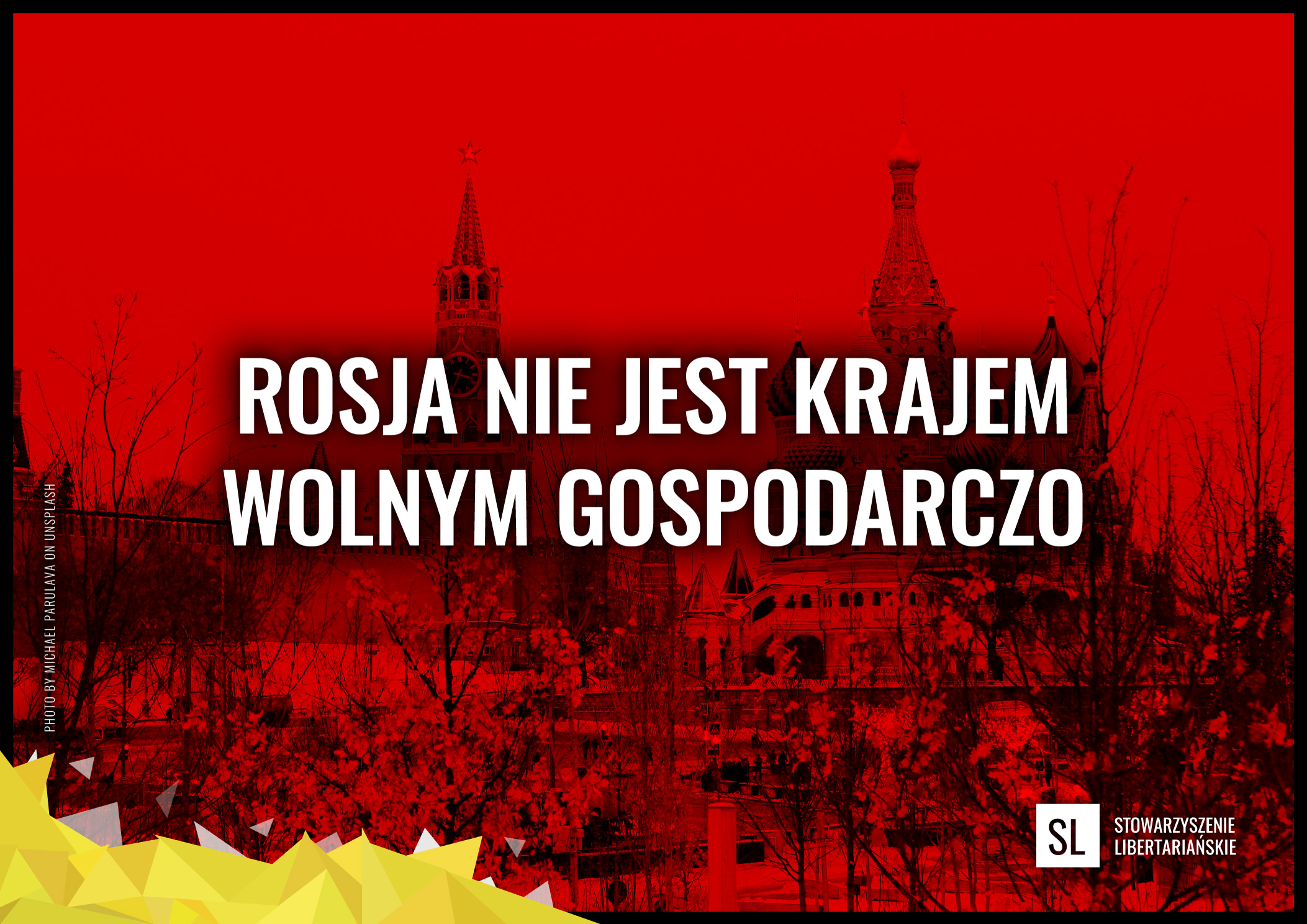 @ichbinilya: Russian writer and economist Maxim Mironov (@mironov_fm) has written an absolutely fascinating critique of the elite Russian media space. Read it here if you speak Russian. If you don't, keep reading ...…


“How we f*cked everything up.

When the war began, everyone was horrified for two reasons. First, because Putin launched this insane war. Second, because most of the population supported him in this aggression.

When I saw the opinion surveys, I didn’t believe them.”​
“I started looking into the opinions of my older acquaintances, with whom I hadn’t spoken for 20 years. To my surprise, about 80-90% of those who were older than 60 fiercely support the policies of Putin and the government. And these are people who’ve known me from birth.”​
“They were well-disposed towards me, were friends with my parents, and saw my whole life path. Nevertheless, I must admit that the television defeated my arguments.

And that’s no accident. The powerful anti-Ukrainian propaganda didn’t begin yesterday. For 8 years…”​
“…the federal channels were broadcasting around the clock about the evil Ukrainian fascists, about the oppressed Donbas, about NATO standing at our gates and getting ready to smash them. And what did we do? We laughed at the stupid propaganda. Haha, who believes this garbage!”​
“This [pro-Putin commentator] Skabeeva and [RT head Simonyan]. Haha, Putin is trying to shift attention from domestic problems to Ukraine, but people will figure it out.

We became victims of our little info bubbles, in which our friends (both on and offline) share our views.”​
“We got the impression that soon all the viewers of the federal channels would see through the tricks of [Dmitry] Kiselyov, Skabeeva, Simonyan. And if someone couldn't see through the tricks, our attitude was contemptuous. Like, what can you expect from such people!”​
“This attitude towards federal TV viewers and readers of popular newspapers isn't new. When I was on the board of directors of [popular newspaper] "Argumenti i Fakti” in the 2nd half of the 2000s, and named my place of work, I encountered the same contemptuous attitude."​
"That is, working at a place like Vedomosti was cool, whereas AiF sucked. Though when I worked there, the audience of one edition of AiF was 9 million, while Vedomosti had 300k.

When our team relaunched “Trud,” we tried to make it into a high-quality popular paper. But…”​
"...hiring was very tough. We had to buy out journalists at a high premium compared to their Vedomosti salaries. As a result our project failed, because in the 2008 crisis ad revenues fell sharply, and there was not enough for existing newspapers, let alone for startups.”​
"I’m talking about my experience of the 2000s to show that the contemptuous attitude of the "creative class” towards the mass viewer and reader has been around for a very long time. Even when it was still possible to launch new media products without any problems ..”​
“…all the new independent outlets were aimed at a very narrow segment: The creative class talking to the creative class about how the world works. If you look into it, all the well-known independent outlets have been in this segment: Vedomosti, Kommersant, Novaya Gazeta…”​
“…New Times, Smart Money, Insider, TV Rain, Republic (the former Slon), etc. That is, there was fierce competition within a small niche of educated and relatively wealthy readers, and for the lat 20 years these readers had access to high-quality and…”​
“…objective reporting. But for the mass reader - the audience of AiF, Komsomolskaysa Pravda, Moskovsky Komsomolets, the viewers of federal channels - there were no serious attempts to create a quality product."​
"Some will say that Putin wouldn’t have allowed it. Today, of course he wouldn't. But in the 2000s this was still quite possible. I myself worked in this market, and I know. The root cause was that talented journalists and media managers didn’t want to go into this sector..."​
"...since it’s much cooler to share an article from a place like Vedomosti on Facebook than AiF or KP. And Putin was well aware that political influence is achieved precisely through the mass yellow newspapers - AiF, KP, MK, Zhizn, and the federal channels."​
"And it's not that he had a monopoly. In Russia, the level of Internet penetration is close to 100%. Viewers of federal channels have access to alternative sources of information. It’s just that Putin learned how to make high-quality content specifically for this audience..."​
"...while the “creative class” didn’t — and didn’t even try, because they considered it lame. Yes, I believe that Skabeeva, Kiselev, and Simonyan are very good propagandists who are able to convey information very convincingly."​
"The only person who tried to make a quality product for this segment is Alexei Navalny. His videos were designed for a mass audience. So the audience of his channels grew rapidly. That’s why Putin tried to kill him, and when he failed to kill him, he put him in jail."​
"From all of this, we need to draw some conclusions.

I think that Putin will soon leave Ukraine and everything will be fine there. De facto, the war has already been lost and it's only a matter of time until Putin recognizes it."​
"After that, I'm sure the whole world will quickly help rebuild Ukraine, and it will also be accepted into the EU in the coming years. But Russia will have a much more unenviable fate."​
"Putin has already declared war on the "fifth column," which means that repression will only intensify. It’s quite possible that Putin will soon close the country, and turn it into a huge North Korea. So for all of us, the battle with Putin is still to come."​
"And the main thing we must learn to do is to understand how to talk with the majority that Putin has drugged. We must create media products aimed at precisely that audience."​
“Media managers and journalists should carefully study the aforementioned yellow newspapers and watch the programs on the federal channels, in order to understand the techniques of delivering information to a mass audience."​
"We have to take off our masks of snobbishness and admit that it was precisely our snobbishness that helped Putin turn into this monster.”​
​
That's the END of a long thread. All credit to @mironov_fm — I only translated.
If you've gotten this far, you won't be surprised that Mironov was a big fan of Arnie's video message today.​
You must log in or register to reply here.
Udostępnij:
Facebook Twitter Reddit Pinterest Tumblr WhatsApp Udostępnij Umieść Link
Do góry Bottom