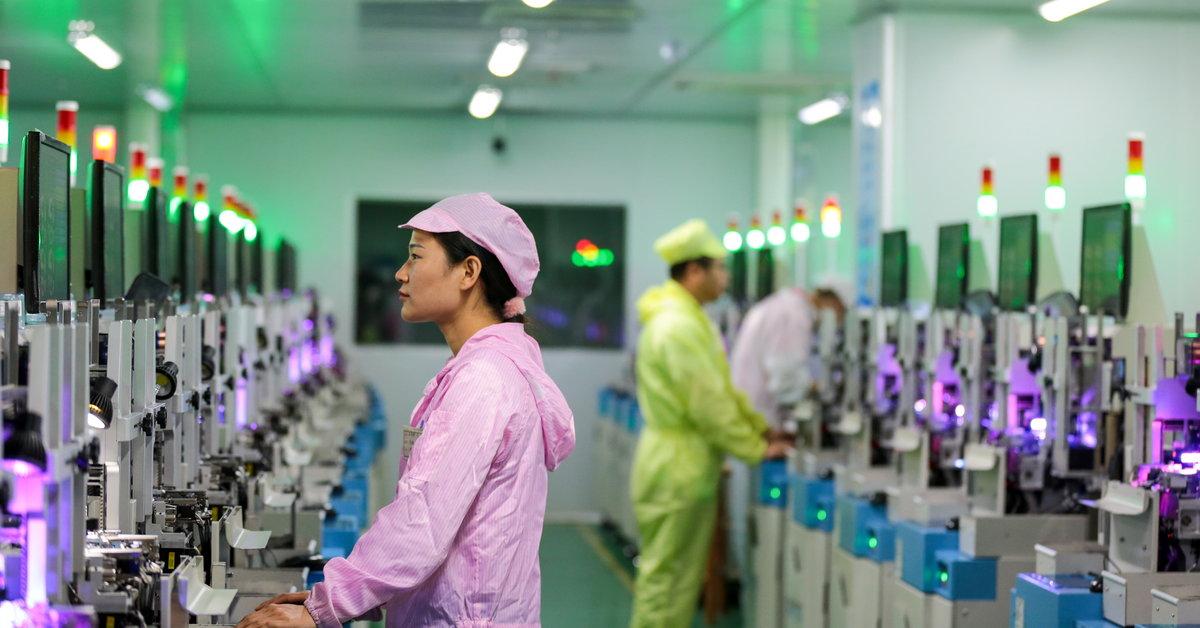 Airlines plane with 133 people on board has crashed in the Chinese province of Guangxi causing a fire on the mountainside, state media has reported. 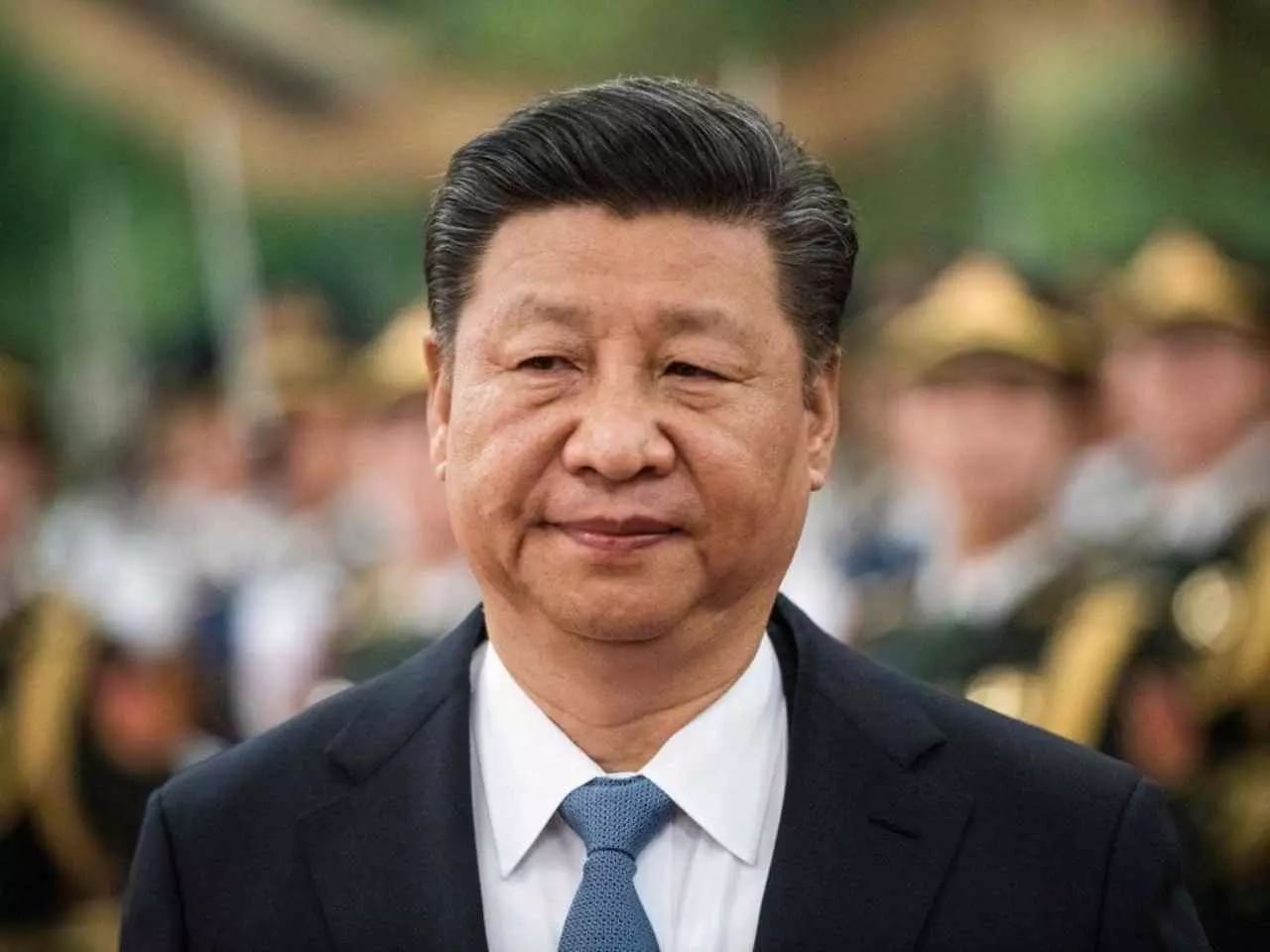 Cut off from the rest of the world by its zero-Covid strategy and in the throes of a Communist reset being carried out by President Xi Jinping, China is losing foreign professionals who helped to build modern China over the last four decades.
The cities most hit are metros Beijing and Shanghai. The number of foreigners living and working in Beijing has dropped by 40 per cent over the last decade. There are now just 63,000 foreigners left in the capital city.

The number of foreigners working in Shanghai, China's financial capital, has fallen from 208,000 to 163,000 last year, a drop of 20 per cent over the past 10 years, the country's census data has revealed.
Visa approvals for foreign job applicants are getting hard to come by.
"Covid (measures) mean China today is physically more isolated from the world than at any time since entering the World Trade Organisation 20 years ago," the British Chamber of Commerce in China said in a statement.

"As international travel starts to recover globally, the contrast with China is striking. Companies here are struggling to understand how it may be possible eventually to live with Covid-19 in China and dismantle this new Great Wall that protects us. Many are beginning to wonder when, and even whether, this can happen."
The Covid-induced isolation from the world will be one more factor that will make a predicted downturn in the Chinese economy in 2022 steeper and harder to recover from.

Turning inward
China is increasingly turning inward – its traditional posture over large chunks of history. Under Xi, there is more emphasis on everything Chinese as being preferable to anything foreign, including culture and philosophical imports such as the free market.
This trend is noticeable in most of President Xi Jinping's political pronouncements. He has declared that patriarch Deng Xiaoping's landmark opening up phase, which ushered in economic development, has ended.

Over the past two years, and especially last year, President Xi shifted the emphasis from generating wealth and achieving economic growth to the redistribution of wealth and other ideological goals that are starting to evoke Mao Zedong's isolated and paranoid version of China.
Communist 'purity'
Xi's verbiage points to an inevitable march to communist "purity". Over the past year, Xi has focused on controlling "disorderly capital expansion" and invented the phrase "common prosperity", which is first cousin to the communist objective of the "equal distribution of wealth".
He has followed this up with tough new regulations aimed at new, high-growth industries such as technology giants, costing an erosion of at least US$ 1 trillion in market value over the past year alone.
He has also targeted e-commerce platforms, companies that provide tuition to Chinese students in the highly competitive education sector, and e-hailing and food delivery companies.
On a closer look, Xi seems to be cleaning out the "dross" accumulated from China's capitalist experiment. He also seems to believe that it is time that China winds down this foreign import of the free market, having achieved its aim of development and great power status.
Western 'imports'
There has been a drive to curb addictive online gaming among youth and the display of effeminate behaviour by male stars, both of which are western imports, the Chinese establishment appears to believe.
Culturally, this trend of turning away from everything foreign has acquired hostile overtones directed at foreigners. Foreign observers in China report that there is growing consensus among expatriates in the country that Covid-19 has become a convenient excuse for China to weed out unwanted foreigners.
Domestically, this trend is being witnessed as hyper-nationalism that glorifies all things Chinese and rejects all things foreign, especially western. Recent surveys have shown an increasing preference by Chinese consumers for local brands over foreign ones.
Apart from jingoistic rants on nationalistic newspapers, hyper-nationalistic cyber warriors these days nicknamed 'Little Pinks' target people who, in the snap judgement of the online crowd, "glorify" the West.
These attacks can be taken to ludicrous extremes: A Chinese user who posted a food video with a Christmas recipe was roundly attacked for encouraging the celebration of a "non-Chinese festival". The user was labelled a 'jing wai shi li', or a product of "foreign forces", for succumbing to "foreign influence."
The immediate driver of the exodus is the pandemic. Enabled by its top-heavy management style, China does not subscribe to the "living with the pandemic" mantra that several countries have resigned themselves to.
According to a recent report, a survey of more than 300 American businesses by the American Chamber of Commerce in Shanghai showed that more than 70 per cent had a hard time attracting and keeping foreign staff because of China's Covid-19 restrictions.
In Hong Kong, the number of those leaving the city is now three times that of those arriving. The difference is stark because the ratio has always hovered at 1:1. But its case is unique.
Security policies
Though tough pandemic restrictions have played their part, Beijing's repressive new security policies are another factor. The Beijing-controlled Hong Kong government has imposed sweeping restrictions on the media, causing at least three newspapers to close.
Interestingly, China's Covid-19 management policy is not aimed just at keeping foreigners out. But at keeping citizens in. Last year, in the face of the Delta variant outbreak, China stopped issuing and renewing passports.
The Great Wall of China, about 2,500 years old, was built to protect the Chinese people from a swathe of brutal, nomadic invaders.
A new Great Wall appears to be under construction today, to keep out expatriates who have contributed capital, technology, management and ideas that helped to build modern China over the last four decades.
The old wall had brick and mortar fortifications. The new wall is built with communist ideology and cultural paranoia.
K 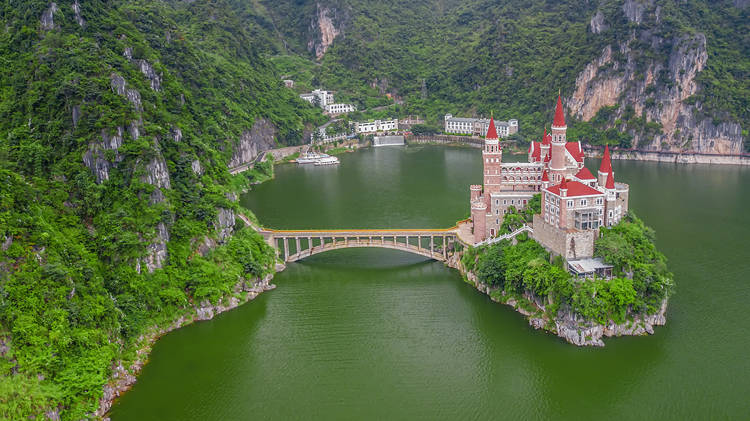