Legalization of marijuana in the Czech Republic has brought about the effect of. But the effects are different. In an old castle of Pořešín, for example, you can see a group of Czech students recreate strange scenes from old printings.

What Was It Like to Be an Executioner in the Middle Ages?

Forget the image of the hooded executioner swinging an ax; much of what we think we know about these medieval figures isn't true.

One afternoon in May 1573, a 19-year-old man named Frantz Schmidt stood in the backyard of his father's house in the German state of Bavaria, preparing to behead a stray dog with a sword. He'd recently graduated from "decapitating" inanimate pumpkins to practicing on live animals. If he passed this final stage, Schmidt would be considered ready to start his job, as an executioner of people.

We know the details of this morbid scene because Schmidt meticulously chronicled his life as an executioner, writing a series of diaries that painted a rich picture of this profession during the sixteenth century. His words provided a rare glimpse of the humanity behind the violence, revealing a man who took his work seriously and often felt empathy for his victims. But what's more, Schmidt wasn't necessarily all that unusual; historical anecdotes reveal that the prevailing stereotype of the hooded, blood-spattered, brutish executioner falls far short of the truth.

So then, what was it like to do this work hundreds of years ago in Europe? And how did "executioner" become a legitimate job title in the first place?

"What's common to all [countries in Europe at the time] is that they're all trying to have better criminal law enforcement," said Joel Harrington, a historian at Vanderbilt University in Tennessee and the author of "The Faithful Executioner: Life and Death, Honor and Shame in the Turbulent Sixteenth Century" (Picador, 2013), a book about Schmidt's life.

The problem was that things were "a little like the American Wild West, in that most criminals got away," Harrington told Live Science. "So when they did catch them, they really liked to make a good example and have a public spectacle" — hence the need for public executioners to carry out that work.

But people weren't exactly lining up for the job of hanging, beheading or burning criminals at the stake; most people understandably saw this as undesirable work. In fact, those who ultimately became executioners didn't choose the job for themselves. Instead, it was bestowed upon them.

In some cases, butchers were roped in to become executioners, or convicts were offered the job as an alternative to their own deaths. But typically, executioners came into the jobs through family ties; most in the profession were men whose fathers had been executioners before them, Harrington explained. Even the diarist Schmidt was descended from an executioner. His father had unwillingly received the job when randomly ordained by a prince as a royal executioner.

Over time, this passing of the baton from father to son created what Harrington called long-standing "execution dynasties" that spread across Europe during the Middle Ages.

But the existence of those dynasties also reveals the poor image executioners had at the time. People were trapped in this family cycle of employment because, in reality, they had few other opportunities to work, according to Harrington. People whose professions revolved around death were people that the rest of society did not want to associate with. So executioners were typically consigned to the fringes of society — and even forced to literally live at the edge of town.

"People wouldn't have invited executioners into their homes. Many executioners were not allowed to go into churches. Marriage has to be done at the executioner's home," Harrington said. "Some schools would not even take the children of executioners."

This social isolation meant that executioners were left to consort with others forced to occupy society's underworld, "undesirables" such as prostitutes, lepers and criminals. That only boosted public suspicion of executioners and their families.

Executioners, therefore, were a conundrum: crucial for maintaining law and order, yet shunned because of their unsavory work. "Attitudes toward professional executioners were highly ambiguous. They were considered both necessary and impure at the same time," said Hannele Klemettilä-McHale, an adjunct professor of cultural history at the University of Turku in Finland who has studied representations of executioners.

Yet, there were some professional perks to this morbid work. Executioners benefited from something called "havage," a kind of tax that gave them the right to take a portion of food and drink from market vendors for free, said Klemettilä-McHale. What's more, "the authorities usually gave [the executioner] free lodging and released him from tolls and taxes," she told Live Science. These small allowances were intended to compensate for executioners' social isolation — and to compel them to stay in the job.

But at odds with their lowly societal position was the professionalism that executioners were expected to show in their work. While the business of execution may seem like it would require little more than brute strength and barbarity, in reality, executioners needed a relatively high degree of expertise to do the job smoothly, said Klemettilä-McHale.

"The officeholder was expected to be successful at every execution. If he failed, he was accused not only of incompetence, but also of cruelty," she said.

In some regions, executioners were limited to three strokes for a beheading — and if a grisly scene resulted from one too many swings of the ax or sword, there could be serious consequences. "Sometimes, an unsuccessful executioner was attacked by the furious spectators, and if he survived, the authorities punished him by withholding his fee [or] with imprisonment or dismissal," Klemettilä-McHale explained.

There was clearly a powerful incentive to execute as cleanly as possible, and that meant having a relatively good understanding of the human body. Contrary to popular opinion, executioners weren't uneducated. In fact, those in the profession had uncommonly high literacy rates for members of their social class, along with fundamental knowledge of human anatomy, Harrington said.

This led to a surprising irony of the job: Some executioners could double up as doctors. This created an interesting societal paradox: “People who didn't want anything to do with an executioner socially would come to his house and ask to be healed," Harrington said. We know, for instance, that Schmidt "had many, many more patients he healed than people he executed," Harrington added. In fact, Schmidt wrote that doctoring would have been his chosen career, had he not been forced into execution.

Clearly, executioners from olden times were more than just blood-spattered brutes. Instead, the history books paint a picture of regular people forced into a job that nobody else would do — and in a time when execution was deemed essential for keeping the peace.

"Forget that image of the hood and them being anonymous and sadistic," Harrington said. "They would have seen themselves as law enforcement officials."

There's a final twist in the story of Schmidt. Over the course of his career, he had gained an unusual degree of respect due to his notable professionalism, which led to his appointment as the official executioner of the town of Bamberg, Bavaria. That earned Schmidt a generous salary and allowed him to live a very comfortable life with his family in a large home. However, he was still stigmatized because of his work — a fate he did not want to pass on to his children.

So as a retired 70-year-old, Schmidt made it his mission to restore his family name. He appealed to Bavaria's authorities to release the Schmidt sons from their father's tormented legacy, and his bold bid was a success.

His children were ultimately freed from a life at the executioner's block and given the right to pursue their own careers, as Schmidt had always wished to do — a happy ending to the executioner's tale.
Kliknij aby rozwinąć... 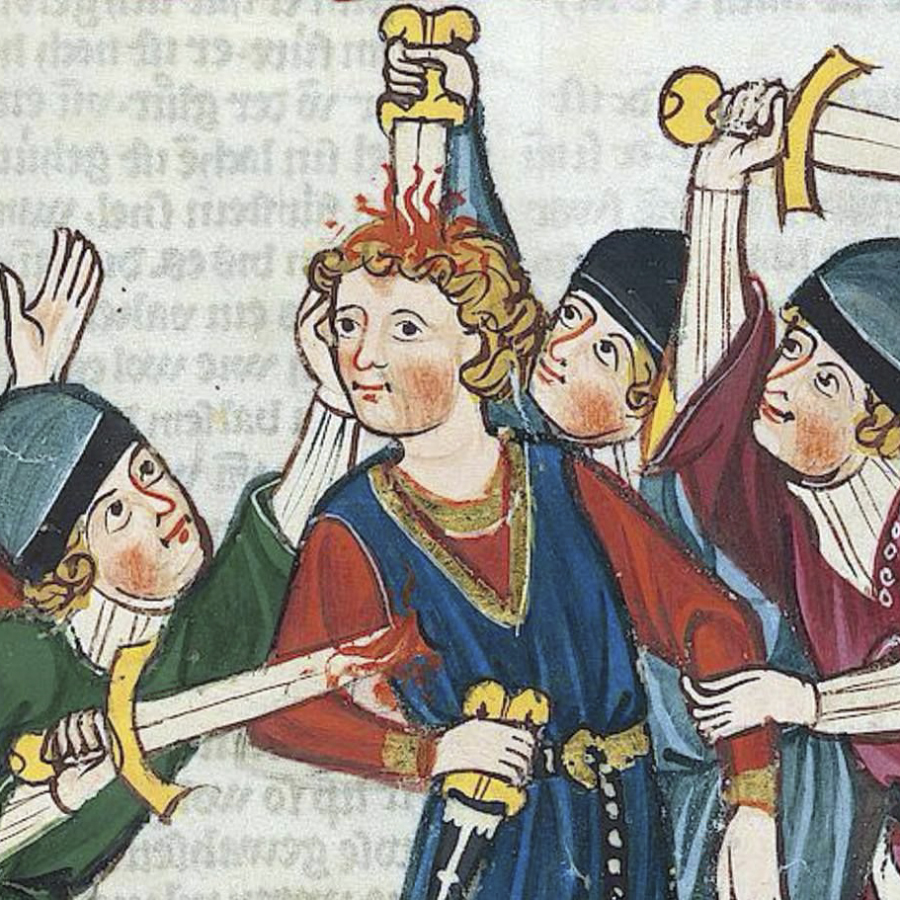