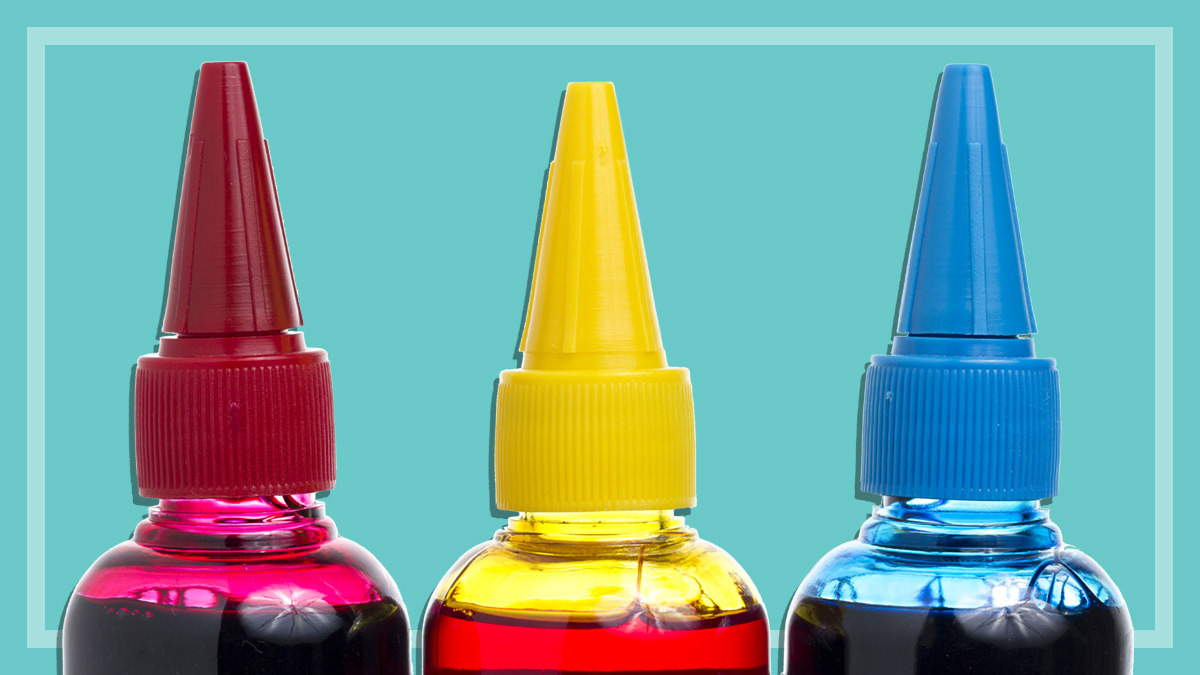 A company selling refilled ink cartridges has disrupted the printer manufacturing business model. And the Calidad vs Seiko Epson judgment has implications for other so-called single-use products.

The recent High Court ruling paves the way for other products​

Anyone who's owned a printer will be familiar with the ritual of paying dearly every time the ink runs out. An $89 printer from the Epson online store, for example, will require you to spend at least $57 in total to replace all the ink cartridges – that's 64% of the cost of the printer itself.

Like other printer manufacturers, Seiko Epson Corporation (Epson) prefers that you buy only its ink cartridges, and that you buy them over and over again. The company designed its cartridges for single use; they aren't refillable and even have electronic chips that prevent reuse once they identify the cartridge as being empty.

But this hasn't stopped third parties from penetrating this profitable market.

To get around inbuilt barriers to reusing Epson cartridges, Ninestar Image, a Malaysia-based manufacturer, has been reprogramming or replacing the electronic chips and refilling the cartridges with ink by drilling a hole and then resealing it. A company called Calidad then imports and sells the refurbished cartridges in Australia.

Epson is clearly worried. In its latest annual report, the company acknowledges that its ink sales "are an important source of revenue and profit" and that cheaper alternatives sold by third parties put those profits at risk.

To counter this risk, Epson says in the report, it will "take legal measures if any of the patent rights or trademark rights we hold over our ink cartridges are infringed upon" – which brings us to its recent drawn-out court battle with Calidad. In a major shift in patent law, Calidad has won the right to sell refilled Epson ink cartridges in Australia.

In the initial ruling in 2019, the Federal Court held that the changes made to Epson cartridges infringed Epson's patents. The Court applied the reasoning from a 1911 decision in the UK that held that a person who buys a patented product has an "implied licence" to use it only in certain ways.

Calidad appealed to the Australian High Court, arguing it hadn't infringed Epson's patents because, once a patented product is sold, the buyer has the right to treat it as their personal property.

In November last year, a majority of the Court agreed, ruling that a patentee's rights over a product are "exhausted" once the product is sold, "without conditions as to use".

[The new principle] brings a lot of clarity and certainty for the people who are in the business of recycling and then reselling printer ink cartridges
Ben Hopper, University of Melbourne law lecturer
Kliknij aby rozwinąć...

They also held it was more consistent with consumer expectations and the legal premise that the owner of a product has the right to choose what they do with it – including restoring or reselling it.

Ben Hopper, who lectures on intellectual property and consumer law at the University of Melbourne, says the new exhaustion-of-rights principle "brings a lot of clarity and certainty for the people who are in the business of recycling and then reselling printer ink cartridges".

And he says it's not just cartridges that are affected by the judgment. From now on, companies will be less able to deny the restoration and resale of any product simply because they own the patents for them.

But lawsuits brought by manufacturers are unlikely to stop with the Calidad ruling. A patentee still has the exclusive right to make its product. The difference now, Hopper says, is that they will "have to show that the recycler, the person selling into the aftermarket, actually made the patented invention anew" in order to prove there was patent infringement.

In other words, where a substantial proportion of a product is restored, the question will be whether the product has been remade, rather than just repaired.

Given the amount of money at stake, for some companies it will be a question worth testing in court – as examples from the US, referred to by the High Court in the Calidad case, show. The outcomes of these cases suggest that the rules of patent protection are evolving in favour of consumers.

The US International Trade Commission took Jazz Photo to court for selling refurbished single-use cameras, which the Commission argued infringed the patents of the original manufacturer, Fuji Photo Film.

Hewlett-Packard sued Repeat-O-Type Stencil Manufacturing for altering the single-use cartridges of its ink jet pens so they were refillable.

Kuther, a fish-canning machine maker, sued the company Wilbur-Ellis for modifying its machines so it could pack fish into smaller cans.

In all these cases, the defendants won. The alterations did not amount to making the patented products in question, according to the courts.


The legal battle over refilling and reselling printer ink cartridges has become a tug of war between manufacturers, retailers and other interested parties – with huge implications for all.
Read more: Inkjet and laser printers to avoid

But in another example, in 2000, the UK House of Lords ruled in favour of a company called United Wire, which made sifting machines used in oil drilling, on the grounds that the defendant, Screen Repair Services, was making – not repairing – United Wire-patented sifting screens.

The House of Lords held that the business was using one component – the frames – of the used screens to make new screens, thereby infringing United Wire's patents.

Even though the Calidad ruling makes clear that you can repair a patented product by replacing used parts, you can only do this if the parts themselves aren't patented.

Some law firms are now advising manufacturers to apply for patents on individual components of their products, thereby creating what's known as a "patent thicket", or a layer of intellectual property protections that extends the manufacturer's monopoly on the product.

Some law firms are now advising manufacturers to apply for patents on individual components of their products, thereby creating a patent thicket
Kliknij aby rozwinąć...

For instance, Hopper says an ink cartridge maker might seek patents over individual components of a cartridge. So if it has a patent "over the memory chip used within the ink cartridge rather than the cartridge as a whole, and a person then replaces that memory chip… with a new one that falls within the patent, that would be patent infringement because it's a making of the new memory chip", he says.

Other obstacles to repair​

Patent rights aren't the only tools that manufacturers use to prevent independent repairs and hinder competition in repair markets. The Productivity Commission outlines several strategies in an issues paper considering a regulated right to repair, released in December last year.

To start with, the original manufacturer of a product is usually the main or only supplier of replacement parts needed to repair the product. Many use specialised tools and software that only they can access, and keep their repair manuals to themselves.

When the ACCC carried out a market study of the car industry in 2017, it found that these practices were common among car retailers, and that they limited choice and caused delays and unexpected costs for people seeking car repairs.

In December 2020, the Australian government released draft legislation for a mandatory information-sharing scheme for motor vehicle service and repair.

The scheme will force car manufacturers to make any service and repair information they share with their dealership networks in Australia available to independent repairers to buy at a "fair market price". (Submissions on the legislation are due by 31 January 2021.)

Many companies refuse to service products or void their warranty if they've been fixed by an independent repairer
Kliknij aby rozwinąć...

Companies in other industries may also use copyright or confidentiality protection to stop any sharing of information that would help independent repairers. Many companies refuse to service products or void their warranty if they've been fixed by an independent repairer.

Toshiba forced an Australian man to take down the company's laptop manuals from his website, which he had created to help people repair their laptops. Toshiba claimed he was infringing the company's copyright.

When some iPhones and iPads had software faults after an update to their operating system in 2015, Apple refused to give customers a remedy if their device had been independently repaired before.

The ACCC took Apple to court for making false or misleading representations to customers about their rights under the Australian Consumer Law, which states that you're entitled to a repair, replacement or sometimes a refund if a product you buy is faulty.

The Federal Court held that just because an Apple device had been repaired by someone other than Apple, this didn't mean a consumer's right to a remedy was extinguished.

In the US and in Norway, Apple used trademark laws to stop refurbished iPhone screens – which the company claimed were counterfeits – from being imported. 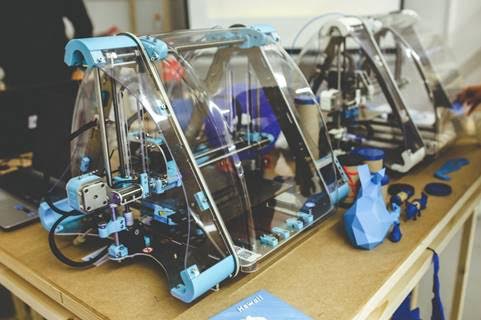 Although there is still a lot of hype surrounding 3D printing and how it may or may not be the next industrial revolution, the cost of printing continues to drop while the quality of 3D prints continues to rise. This development can be traced to advanced 3D printing technologies becoming accessible…

a drukarki 3D to technologia z lat 70-tych no i
In 1971, Johannes F Gottwald patented the Liquid Metal Recorder, US3596285A, a continuous Inkjet metal material device to form a removable metal fabrication on a reusable surface for immediate use or salvaged for printing again by remelting. This appears to be the first patent describing 3D printing with rapid prototyping and controlled on-demand manufacturing of patterns