I am quite in harmony with the main thrust of the TEA-Party movements. T-E-A, “Taxed Enough Already,” is a great rallying cry. “Taxed Too Much Already” would be better, but doesn’t square the convenient acronym. I fully support the TEA-parties’ stated aims to reduce taxes and limit government mainly because I, on principle, oppose socialism as Godless, anti-Christian, and destructive of society. But for these same reasons I have little faith in the success of the TEA-party as a movement. Why?


First, most TEA-party activists don’t vote on principle. They don’t hate socialism and government theft and abuse as a rule. If they did they would have been just as exercised about socialism, big government, fascism, dubious legislative tactics, deficits and the national debt during George W. Bush’s term in office. But they were silent. The greatest increases in national debt since WWII came during the presidencies of Reagan, Bush I, and Bush II. Here’s the best chart I’ve seen illustrating national debt growth. During these decades TEA-parties were non-existent. Silence. They don’t oppose Socialism on principle, they oppose the other guys’ socialism. That is, they oppose socialism for causes they don’t agree with at the moment. They don’t vote on principle, they vote pragmatically to get a government that benefits them in ways they want.


The first point simply grows out of the second: TEA-partiers don’t really oppose socialism. They are socialists. They believe in using government theft to fund causes they personally benefit from. They denounce—via chant and mantra—Obamacare as a government takeover of health care. The TEA-parties rage when Obama proclaims something so bold as “Our government is finally bringing prescription drug coverage to the seniors of America.” But, ironically, those are not Obama’s but Bush’s exact words after signing a $550 billion Medicare bill into law in 2003. TEA-parties fume when Obama wants to overhaul health care. But Bush could pass “the largest overhaul of Medicare in the public health program’s 38-year history,” and there’s not a word. At the time, only nine Senate Republicans opposed the measure due to its exorbitant cost. Where was fiscal conservatism? Where was the huge public outcry then? Where was the organized protest of big government, government takeover, and huge debts then? And this is just one issue.


Where is the organized TEA-party opposition to Social Security? To Medicare in general? These will be the greatest drag on our economic future. The government refuses even to calculate these debt IOUs on the official budget. No, these Socialistic programs are called “off budget” expenses. That $14 trillion national debt you hear about is the minority of the real debt. Including the off budget numbers, the unfunded obligations total $62 Trillion. No TEA parties over this. The oldsters Republicans would use Medicare Part D to buy the medicine needed to stay on their feet all day. And exactly what would they be protesting?


This is not even to touch the issue of debts and invasion of privacy and property incurred through war and militarism—i.e. the TEA party love-affair with the police State. James Bovard has mentioned these in relation to the TEA parties (though I don’t agree with everything he says). He was pilloried with comments calling him racist, traitor, liberal, Nazi, socialist merely because he criticized the inconsistency of shouting down “big government” while uncritically cheering on every wing of nationalistic militarism. Some response to Bovard should be expected, perhaps even needed, but calling a consistent libertarian a communist, Nazi, and a socialist shows the level of ignorance, thoughtlessness, and confusion that resides among the seas of TEA. Not even a week ago the same author had written a scathing criticism called, “Bill Clinton’s Lethal Hypocrisy on Government Violence.” Hardly a biased fan of the left.


And then there is the worst institution of socialism TEA partiers embrace: government schools. Public school systems are built on forced taxation, confiscation of property, general compulsory attendance, and socialist and humanist indoctrination… and the Taxed Enough Already crowd can’t get Enough of that. Please, prove me wrong. This is the main reason I have no faith in the success of the TEA party movement. Until they pull their kids from government schools and organize nationally and locally to end the tyranny of governments over education and property they will be nothing but socialist hypocrites. At the very least they should support tax exemptions or refunds for those who are forced to pay but refuse to use the government school systems.


But this is unlikely for two reasons: the TEA partiers in general use public schools and benefit from them (not in the sense of getting a quality education, but in the sense of being relieved from the burden of raising and teaching their own children). To pull their kids out would mean either paying private school tuition or one parent staying home from work to teach the kids. Other sacrifices may come into play as well, but these are the basics.


In today’s two-income families, for one parent to stay home and teach/tutor would mean a loss in standard of living. Cheaper car, smaller home, no espresso machine, etc. This is simply unacceptable. So, some amount of socialism is acceptable. This amounts to arguing that some socialism is OK as long as it allows me to afford more, which of course is the argument of all socialism. On this score, TEA partiers, like most Americans, thieve from their neighbors and sell their kids down the river for a bigger home with a bigger flat-screen, and NFL Sunday ticket. That it’s based on socialistic theft and makes your children wards of the State for half of every day is, apparently, an acceptable price to pay.


No, Mr. Social Security, Mrs. Medicare, and Mr. Public Schooler: YOU are the socialist, the Nazi, the Commie, the tyrant. Mr. TEA Party: YOU are the socialist. Prove me wrong. When you organize to protest the major welfare schemes, I may begin to change my mind. When you pull your kids from public schools and organize to end property taxes and to privatize education, I will have a change of heart. Until then, you’re a socialist; and as a socialist protesting other people’s socialism, you’re a hypocrite.


Until this time, TEA-party hypocrisy can only at least perform a holding action. It cannot and will not transform society or “get back to the Constitution.” It may put Republicans back in legislative seats, but this will mean at best only a little less socialism for some time. It’s a holding action. And once Republicans regain control of Washington, will the TEA-partiers trot out by thousands in order to protest the inevitable Republican socialist advances, debts, etc.? I can assure you it won’t happen on the same scale as today, and mainly because the Becks, Hannitys, and Limbaughs won’t dare make an issue out of debts and socialist advances occurring under their guy’s watch. A few TEA partiers may remain, but we will see the true soft-underbelly of the movement—its own socialism. Again, please prove me wrong.


I could be wrong here, and I hope I am. It could be that those people who slept while Reagan, Bush and Bush ran up deficits and imposed schemes have genuinely awakened, recognized their error, and will fight tooth and nail continuously in the near future when “conservatives” climb back into the pilot’s seat. Maybe these TEA partiers will hold them accountable, too. But then what will they do? Say, “We’ll boot you spendthrift Republicans from office next term”? Yeah? And replace them with…? Exactly. I just don’t see the emergence of genuine fiscal conservatives within any party, nor a viable third party. And this is because these people have not yet become genuine fiscal conservatives themselves. So when I see the appropriate organization against government monopoly of old age and education, then I will take the movement seriously. Until then, the best they can accomplish is to move us back up, slightly, the same slippery slope we’ve already gone down.


If there is a legitimate hope within the TEA parties, it will come from the contingent of young people who have followed Ron Paul’s message on money. He has taught them genuine fiscal conservatism, and he has taught them the source of government fiscal sin: the Fed. This group of energetic, bright, and motivated young people are not easily fooled by socialistic schemes because they start at the right point: the government’s resource to create money and thereby increase its budget without limit, and thereby buy votes with promises of social programs. The anti-Fed youth are disgusted with socialism but they are first disgusted with the theft inherent in monetary policy. And anyone disgusted with theft will be disgusted with socialism. And they understand that the future of Social Security is highly dubious, so they don’t see themselves as beneficiaries of that system. These things being so, they have learned both in principle and in practice to detest and reject socialism. Would that all Christians and all TEA-partiers had such knowledge and personal integrity.


Don’t get me wrong, I fully support some of the stated goals that resound throughout TEA-party rallies across the country: cutting government, cutting taxes. I even have the license plate to prove my loyalty. I love the spirit of the Gadsden Flag (though I personally prefer the Culpeper Flag’s additional motto, “Liberty or Death”). But I just don’t think most of the TEA partiers are really serious. Not yet. And getting serious will require tremendous personal integrity, work, and sacrifice—more sacrifice than status quo levels of socialism require of these people. So, I expect socialism to continue and the TEA parties to dwindle over time. It will take tremendous revival to prove me wrong. 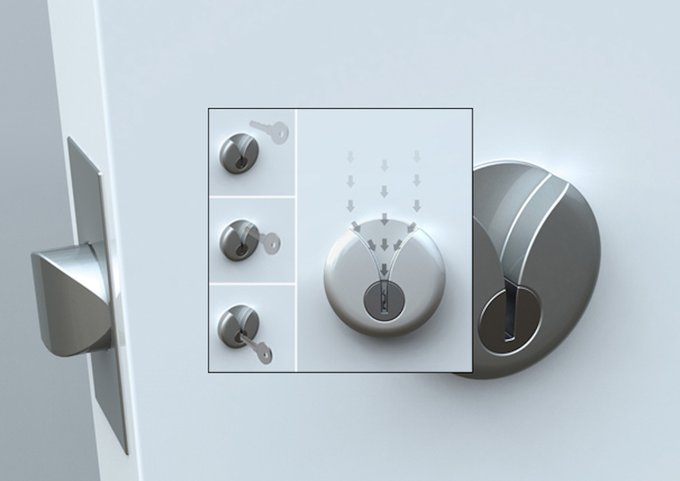 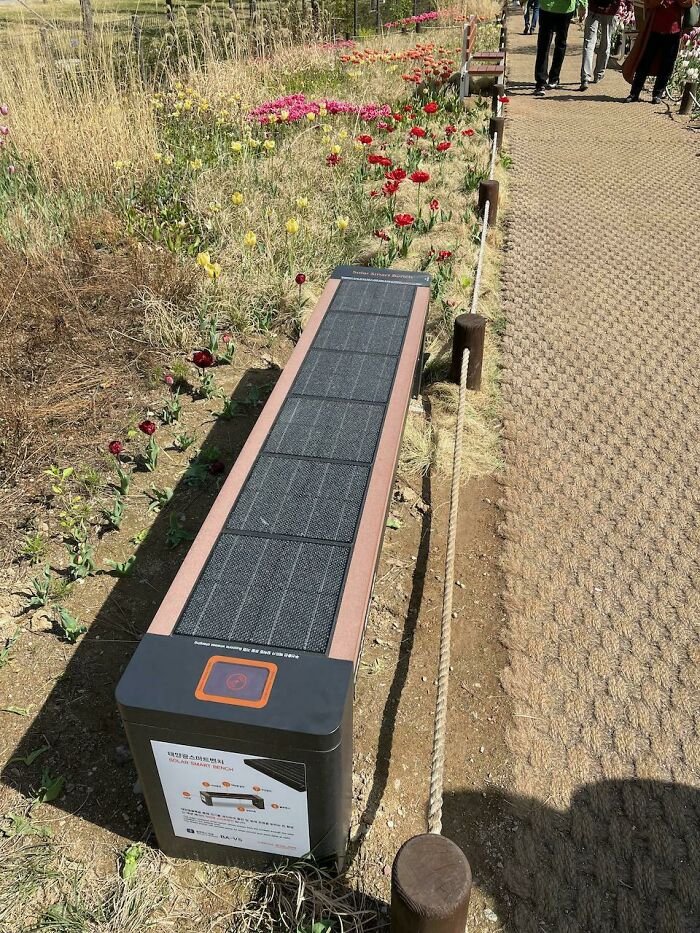 This is a picture of Abu Tahsin al-Salhi, an Iraqi veteran sniper who is credited with killing over 384 ISIS members during the Iraqi Civil War, receiving the nickname “Hawk Eye.” The leader of ISIS was so afraid of him, he put a bounty of $250,000 on the sniper.