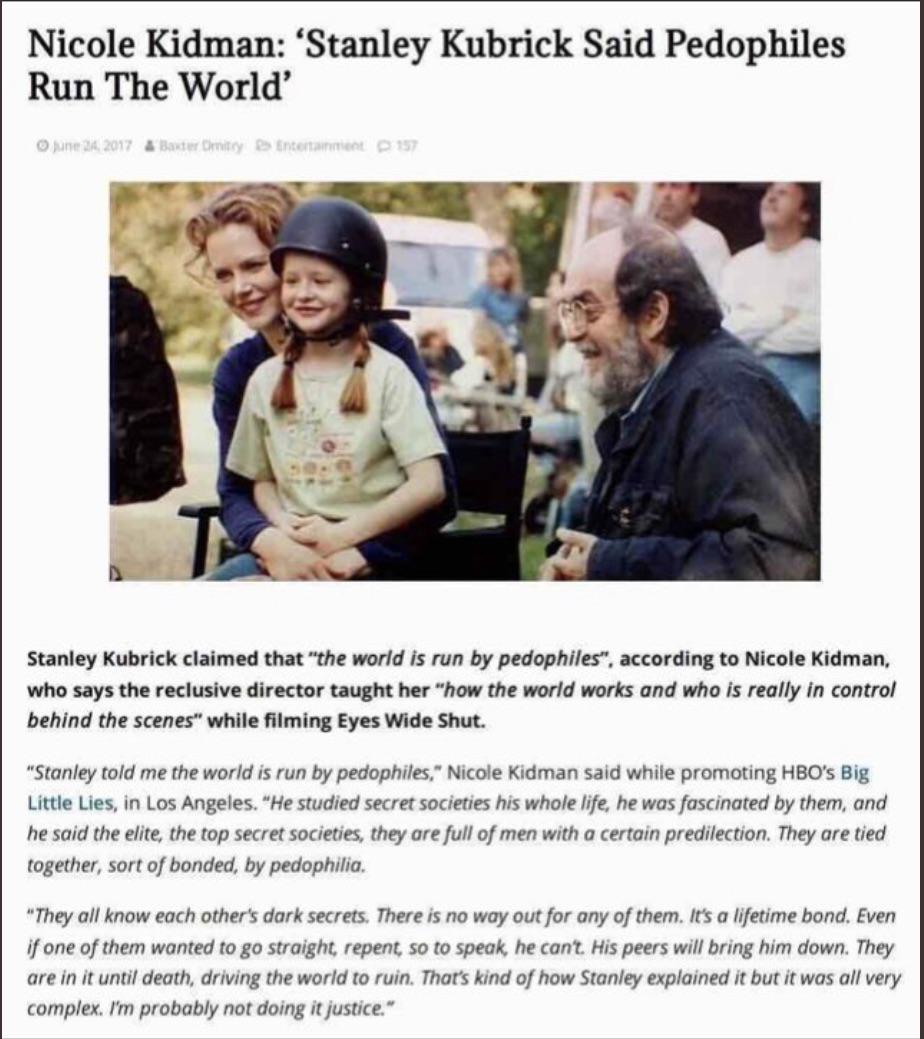 The comedian says the interview led him to believe there could be "a pedophile ring in Las Vegas."

Sacha Baron Cohen did a lot of crazy things on his controversial Showtime comedy series “Who Is America?,” from getting Dick Cheney to sign a waterboarding kit to having Roy Moore take a pedophile lie detector test, but it turns out there was at least one interview too crazy to air. During a recent interview with Deadline, Cohen said an interview with a Las Vegas concierge was “so extreme and so dark” that he cut from the show and turned it over to the FBI.

“We were shooting some of this at the time of Harvey Weinstein,” Cohen explained about the interview. “We wanted to investigate how does someone like Harvey Weinstein get away with doing what…get away with criminality, essentially. And the network that surrounds him. We decided [we] would interview a concierge in Las Vegas.”

Cohen shot the interview using the alter ego Gia Monaldo, the same persona he used to interview O.J. Simpson during the show’s season finale. Cohen taped the extreme interview with the Las Vegas concierge right after he shot his conversation with Simpson. The comedian as Gio told the concierge he once molested an eight-year-old boy.

“This is extreme comedy and we thought that the guy would leave the room,” Cohen said. “Instead, this concierge stays in the room and I go, listen, you’ve got to help me get rid of the problem. And this guy starts advising Gio how to get rid of this issue. We even at one point talk about murdering the boy, and the concierge is just saying, ‘Well, listen, I’m really sorry. In this country, we can’t just drown the boy. This is America we don’t do that.’ And then, in the end, he puts me in touch with a lawyer who can silence the boy. It became really dark stuff.”

Cohen said the interview ended with the concierge admitting he could help him find a young boy (“lower than Bar Mitzvah but older than eight,” as Gio said) to go on a date. “He says, ‘Yeah, I can put you in touch with somebody who can get you some boys like that,'” Cohen remembered.

“We immediately turned over the footage to the FBI because we thought, perhaps there’s a pedophile ring in Las Vegas that’s operating for these very wealthy men,” Cohen continued. “And this concierge had said that he’d worked for politicians and various billionaires. But in the end the FBI decided not to pursue it.”

The interview was ultimately cut from “Who Is America?” because, as Cohen said, “it was too dark and wrong…it was too unsettling for the audience.” The comedian recently revealed the show would not be returning for a second season. Cohen is nominated for Best Performance by an Actor in a TV Series Musical or Comedy at the Golden Globes for his performance in the show.
Ostatnia edycja: 13 Lipiec 2019 Marcinkova pleaded the Fifth in response to each query.

“Do you know Glenn Dubin?” he asked the young woman.

She pleaded the Fifth.

“Can you tell us any of the other folks that Jeffrey Epstein would supply underage minor girls to?”

“I refuse to answer,” Ross said.

“Do you know a man by the name of Glenn Dubin?”

“His wife at some point in time was associated with Jeffrey Epstein; is that correct?”

“And her name’s Eva Dubin; is that right?”

“Either way, isn’t it true that Jeffrey Epstein then started supplying underage females to Glenn Dubin?”

She refused to answer.