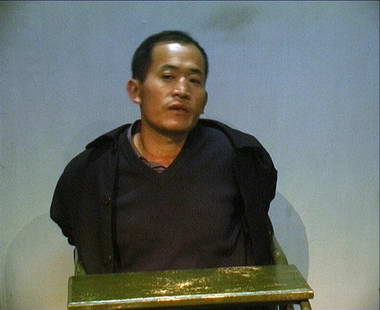 TOKYO (AP) -- A Japanese fire official says at least 23 people are now confirmed or presumed dead in a suspected arson attack at a popular animation production studio in Kyoto.

Kyoto fire department official Satoshi Fujiwara says 36 others have been injured, some of them critically.

He says firefighters found more than 10 people presumed dead on the top floor of a three-story building, some of them collapsed on the stairs leading to the roof.

A man is suspected of starting the fire early Thursday. He is among those injured in a hospital.

A man screaming "You die!" burst into an animation studio in Kyoto, doused it with a flammable liquid and set it on fire Thursday, killing 33 people in an attack that shocked anime fans across Japan and beyond.

Thirty-six others were injured, some of them critically, in a blaze that sent people scrambling up the stairs toward the roof in a desperate — and futile — attempt to escape. Others emerged bleeding, blackened and barefoot.

The suspect was injured and taken to a hospital. Police identified him only a 41-year-old man who was not a company employee. They gave no immediate details on the motive.