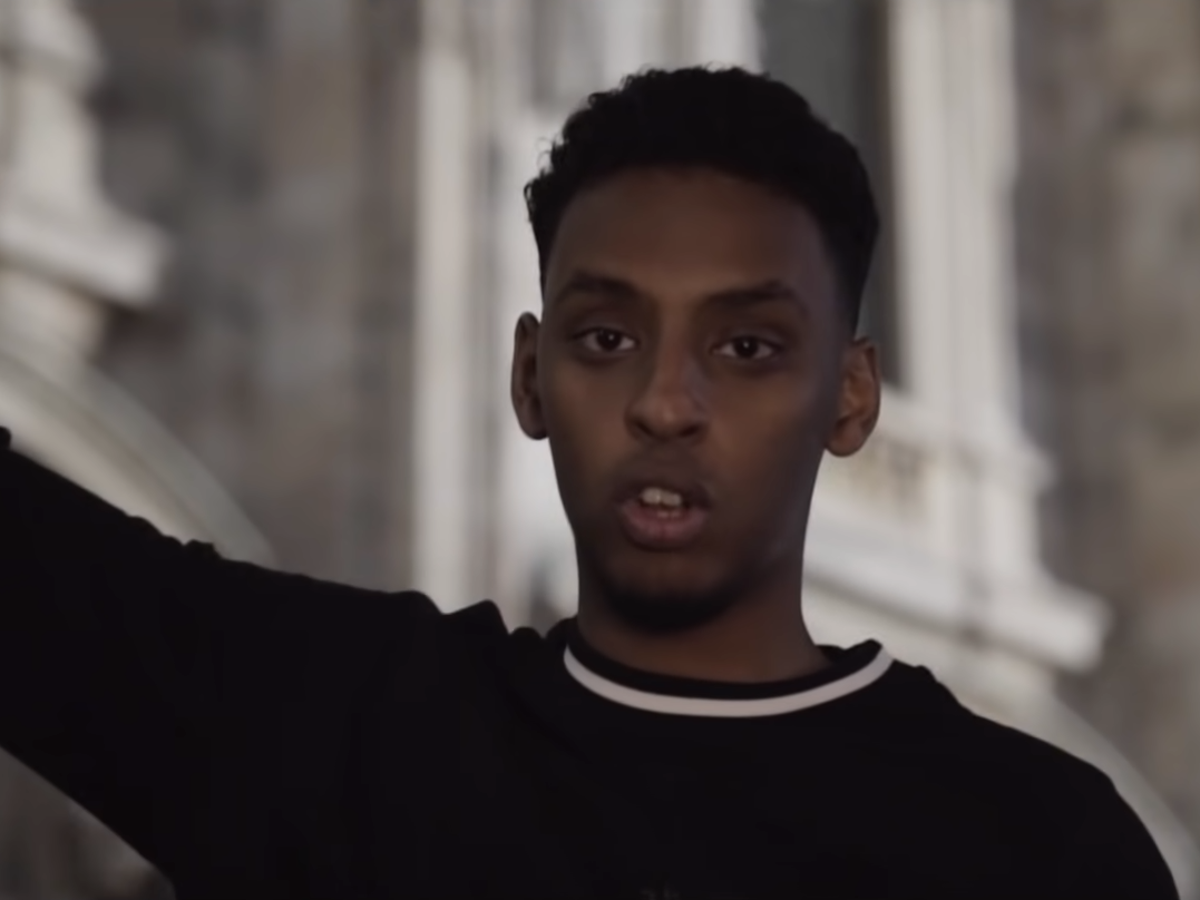 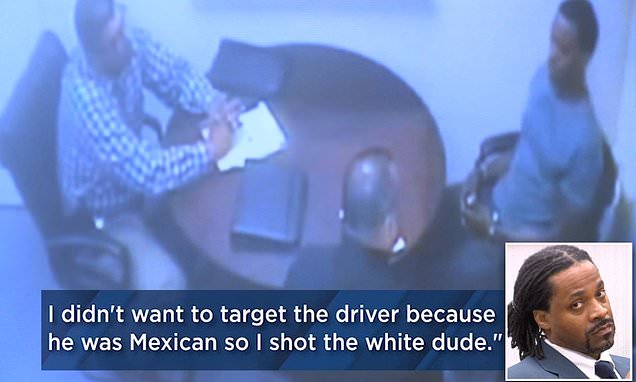 Audio played Monday in a California court featured Kori Ali Muhammad telling police in 2017: 'I didn't want to do nothing to law enforcement so I just found some white men to kill.' 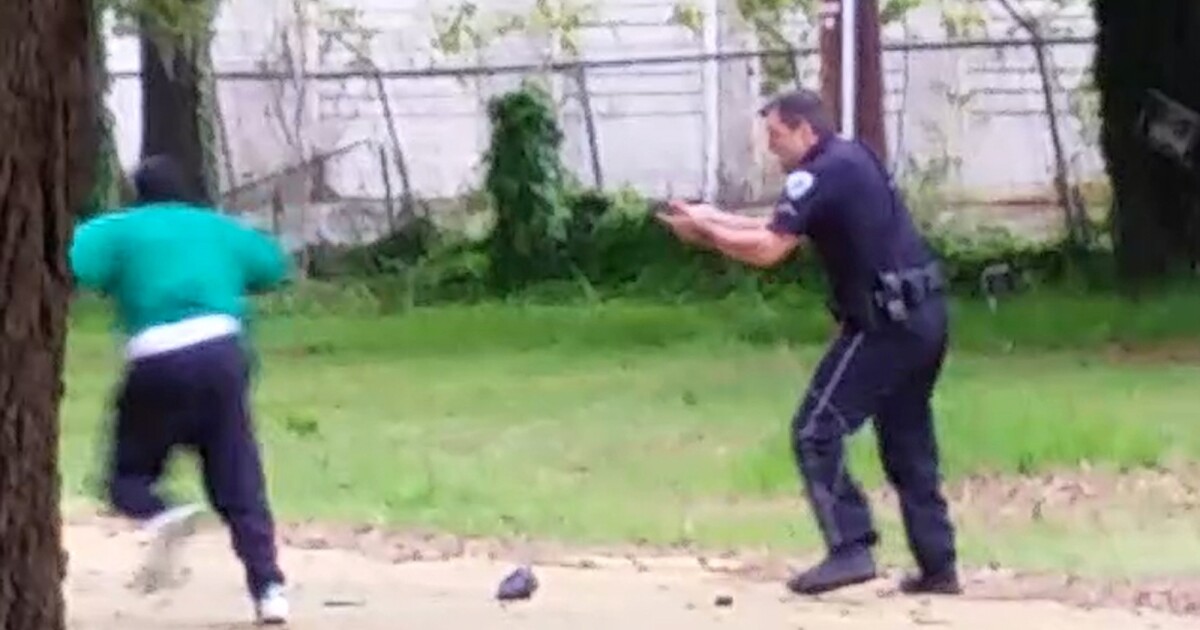 About 1 in 1,000 black men and boys in America can expect to die at the hands of police. That risk is 2.5 times higher than for white men, new research shows.

Getting killed by police is a leading cause of death for young black men in America
Amina Khan
Aug. 16, 2019
5 AM

About 1 in 1,000 black men and boys in America can expect to die at the hands of police, according to a new analysis of deaths involving law enforcement officers. That makes them 2.5 times more likely than white men and boys to die during an encounter with cops.
The analysis also showed that Latino men and boys, black women and girls and Native American men, women and children are also killed by police at higher rates than their white peers. But the vulnerability of black males was particularly striking.
“That 1-in-1,000 number struck us as quite high,” said study leader Frank Edwards, a sociologist at Rutgers University. “That’s better odds of being killed by police than you have of winning a lot of scratch-off lottery games.”
The number-crunching by Edwards and his coauthors also revealed that for all young men, police violence was one of the leading causes of death in the years 2013 to 2018.


The deadly toll of police violence
A new study finds that about 1 in 1,000 black men and boys can expect to die as a result of police violence over the course of their lives – a risk that's about 2.5 times higher than their white peers. The annual risk rises and falls with age, and is highest for young men. Here’s how it compares to other leading causes of death for black men in their mid-to-late 20s.

Annual mortality rates are reported as deaths per 100,000 black men ages 25 to 29.
Source: Centers for Disease Control and Prevention, 2015. *Figure is the median of 2013-2018 mortality rate calculated in PNAS study led by Frank Edwards.

The findings, published this month in the Proceedings of the National Academy of Sciences, add hard numbers to a pattern personified by victims like Eric Garner, Tamir Rice and Freddie Gray.
Five years after police in the St. Louis suburb of Ferguson, Mo., fatally shot Michael Brown, protesters and activist groups have focused public attention on the disproportionate use of force against African Americans and other people of color.
Scientists, meanwhile, are increasingly studying police violence as a public health problem whose long-term harms radiate far beyond the original victim.

“It can have these toxic effects on communities, in terms of both their physical and mental health,” Edwards said.
A study published in the Lancet last year found that police killings of unarmed black men were associated with an increase in mental health problems such as depression and emotional issues for black people living in the state where the killing took place.
And living in a state of constant fear can lead to chronic stress, Edwards said. He referred to “the talk,” a conversation that many African American parents have with their children — especially boys — about how to interact with police to avoid being harmed.
“They know that young black men are singled out as being inherently suspect,” he said.

Accurately measuring the mortality rate associated with police violence right alongside those of cancer, heart disease and other major causes of death is a crucial step toward mitigating its damage and even “treating” its root causes. But calculating the true rate of police killings is difficult because official data are limited, researchers said.
The National Vital Statistics System captures some of these deaths, but it appears to underreport them, researchers said. This might have to do with the information given to coroners and medical examiners, or with the way they code deaths; the researchers can’t say for sure.
To pull those numbers together, Edwards and his colleagues turned to Fatal Encounters, a journalist-led system that collects and combines information on police violence that’s available through news coverage, public records and social media. Although not an official database, it appears to provide comprehensive information on recent police killings and has been endorsed as a sound source of data by the federal government’s Bureau of Justice Statistics, the researchers said.
By combining and then analyzing information from Fatal Encounters and the National Vital Statistics System, the team was able to calculate the prevalence of fatal police violence overall and according to race, age and gender. Cases that police described as suicides were excluded, as were those involving a vehicle collision or accident such as an overdose or a fall.

And Latina women were 12% to 23% less likely than white women to meet that fate. (Edwards called that finding “interesting,” but he hesitated to speculate about it without studying the issue further.)

Across all groups, younger adults were most at risk; the chances of being killed by police peaked between the ages of 20 and 35.
The early 20s are a particularly dangerous time for young men, the researchers found. During the study period, police use of force accounted for 1.6% of all deaths of black men between the ages of 20 and 24. It was also responsible for 1.2% of deaths of Latino and Native American men. However, police violence accounted for just 0.5% of deaths of white and Asian American men in that age range.
“We believe these numbers, if anything, are a little bit conservative, maybe a bit too low,” Edwards said. “But we think that these are the best that can be done in terms of just getting a baseline risk estimate out there.”

Justin Feldman, a social epidemiologist at the New York University School of Medicine, said the most striking result for him was the mortality risk for black men and boys, which he called “pretty staggering.”
“That’s quite meaningful,” said Feldman, who was not involved in the study. “If it’s not you being killed by police, it’s someone you know or someone in your community.”
Abigail Sewell, a sociologist at Emory University who did not work on the report, said she wasn’t surprised by most of the study’s results. But that did not change the gravity of the findings.
“Honestly, it was a really unsettling paper,” she said.

Part of the solution may be to reduce unnecessary police contact in the first place, Sewell said. For example, programs that helped young men of color find jobs might help keep them off the streets and away from cops. Perhaps mental health professionals could be called upon to address psychiatric issues instead of asking police to do so, since they typically do not have training for such tasks.
If unnecessary police contact were eliminated, she said, the incidence of fatal police violence might be lower — and racial disparities might be diminished too.

“But I’m not sure if the disparities would disappear altogether,” she said. “These women and these men … are living in neighborhoods that are overpoliced, where the police are very brutal in the way they treat citizens.”
Retired Police Maj. Neill Franklin also highlighted the need for cultural and logistical shifts in policing. He pointed to the “war on drugs” waged by the federal government as an example.

That campaign “is clearly a public health issue when it comes to addiction, but for decades we have been using our police departments as the tip of the spear in dealing with this public health issue,” said Franklin, who now serves as executive director of the Law Enforcement Action Partnership, an advocacy group comprising criminal justice professionals.
That spear, he said, has often been pointed toward black communities in inner cities.
The study authors said other factors may also be at play. It’s possible that the lightness or darkness of a person’s skin tone within his or her racial and ethnic group could affect his or her risk. So could geography, if Latino citizens are treated differently in different states.
But in order to probe such questions, scientists say they need far more data than is currently available. Information on police stops, whether or not they result in an arrest, would be crucial in determining the extent to which racial bias plays a role in police contact.

Franklin, who spent much of his 34-year career in law enforcement in the Baltimore city and Maryland state police departments, agreed.
“We need to do a much better job on monitoring the interactions of our police officers as they’re going about their daily duties,” he said. “I think we would be foolish to believe that we have solved to any great extent the issue of racial profiling in this country regarding police.”
Getting that data will require more cooperation from police departments across the country, the researchers added.
“The United States is unique among wealthy democracies in terms of the number of people that are killed by its police forces,” Feldman said. “I think the No. 1 thing it comes down to is a lack of accountability by police departments, both legally and politically.”