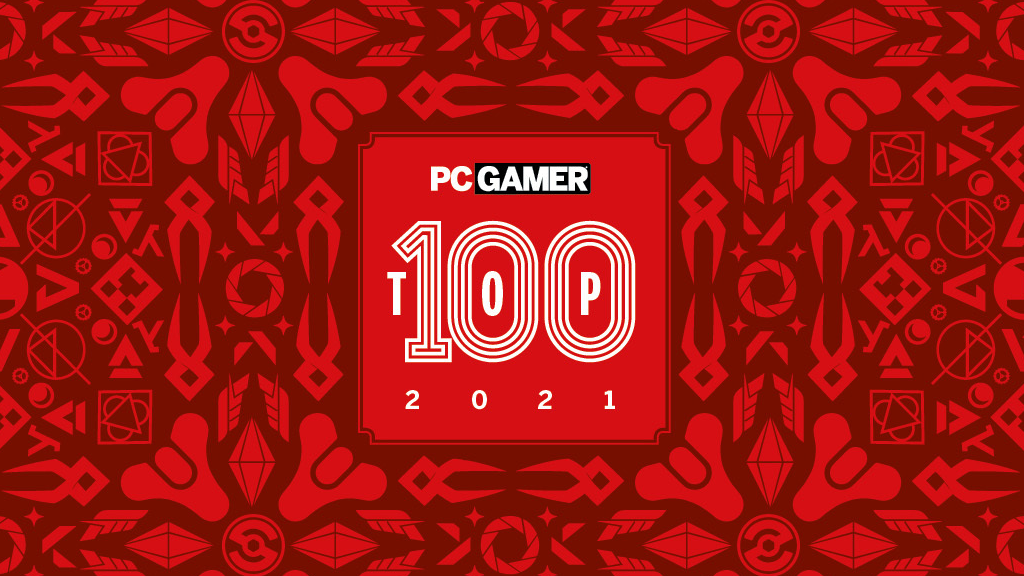 PC Gamer's annual list of the 100 best games you should play right now.

A restrictive end-user license agreement is one way a company can exert power over the user. When the free software movement was founded thirty years ago, these restrictive licenses were the primary user-hostile power dynamic, so permissive and copyleft licenses emerged as synonyms to software freedom. Licensing does matter; user autonomy is lost with subscription models, revocable licenses, binary-only software, and onerous legal clauses. Yet these issues pertinent to desktop software do not scratch the surface of today’s digital power dynamics.

The free software movement promised to right these wrongs via free licenses on the source code, with adherents arguing free licenses provide immunity to these forms of malware since users could modify the code. Unfortunately most users lack the resources to do so. While the most egregious violations of user freedom come from companies publishing proprietary software, these ills can remain unchecked even in open source programs, and not all proprietary software exhibits these issues. The modern browser is nominally free software containing the trifecta of telemetry, advertisement, and DRM; a retro video game is proprietary software but relatively harmless.

How then should we conceptualize software freedom?

Consider the three adherents to free software and open source: hobbyists, corporations, and activists. Individual hobbyists care about tinkering with the software of their choice, emphasizing freely licensed source code. These concerns do not affect those who do not make a sport out of modifying code. There is nothing wrong with this, but it will never be a household issue.

For their part, large corporations claim to love “open source”. No, they do not care about the social movement, only the cost reduction achieved by taking advantage of permissively licensed software. This corporate emphasis on licensing is often to the detriment of software freedom in the broader context. In fact, it is this irony that motivates software freedom beyond the license.

It is the activist whose ethos must apply to everyone regardless of technical ability or financial status. There is no shortage of open source software, often of corporate origin, but this is insufficient – it is the power dynamic we must fight.

We are not alone. Software freedom is intertwined with contemporary social issues, including copyright reform, privacy, sustainability, and Internet addiction. Each issue arises as a hostile power dynamic between a corporate software author and the user, with complicated interactions with software licensing. Disentangling each issue from licensing provides a framework to address nuanced questions of political reform in the digital era.

Copyright reform generalizes the licensing approaches of the free software and free culture movements. Indeed, free licenses empower us to freely use, adapt, remix, and share media and software alike. However, proprietary licenses micromanaging the core of human community and creativity are doomed to fail. Proprietary licenses have had little success preventing the proliferation of the creative works they seek to “protect”, and the rights to adapt and remix media have long been exercised by dedicated fans of proprietary media, producing volumes of fanfiction and fan art. The same observation applies to software: proprietary end-user license agreements have stopped neither file sharing nor reverse-engineering. In fact, a unique creative fandom around proprietary software has emerged in video game modding communities. Regardless of legal concerns, the human imagination and spirit of sharing persists. As such, we need not judge anyone for proprietary software and media in their life; rather, we must work towards copyright reform and free licensing to protect them from copyright overreach.

Privacy concerns are also traditional in software freedom discourse. True, secure communications software can never be proprietary, given the possibility of backdoors and impossibility of transparent audits. Unfortunately, the converse fails: there are freely licensed programs that inherently compromise user privacy. Consider third-party clients to centralized unencrypted chat systems. Although two users of such a client privately messaging one another are using only free software, if their messages are being data mined, there is still harm. The need for context is once more underscored.

Sustainability is an emergent concern, tying to software freedom via the electronic waste crisis. In the mobile space, where deprecating smartphones after a few short years is the norm and lithium batteries are hanging around in landfills indefinitely, we see the paradox of a freely licensed operating system with an abysmal social track record. A curious implication is the need for free device drivers. Where proprietary drivers force devices into obsolescence shortly after the vendor abandons them in favour of a new product, free drivers enable long-term maintenance. As before, licensing is not enough; the code must also be upstreamed and mainlined. Simply throwing source code over a wall is insufficient to resolve electronic waste, but it is a prerequisite. At risk is the right of a device owner to continue use of a device they have already purchased, even after the manufacturer no longer wishes to support it. Desired by climate activists and the dollar conscious alike, we cannot allow software to override this right.

Beyond copyright, privacy, and sustainability concerns, no software can be truly “free” if the technology itself shackles us, dumbing us down and driving us to outrage for clicks. Thanks to television culture spilling onto the Internet, the typical citizen has less to fear from government wiretaps than from themselves. For every encrypted message broken by an intelligence agency, thousands of messages are willingly broadcast to the public, seeking instant gratification. Why should a corporation or a government bother snooping into our private lives, if we present them on a silver platter? Indeed, popular open source implementations of corrupt technology do not constitute success, an issue epitomized by free software responses to social media. No, even without proprietary software, centralization, or cruel psychological manipulation, the proliferation of social media still endangers society.

Overall, focusing on concrete software freedom issues provides room for nuance, rather than the traditional binary view. End-users may make more informed decisions, with awareness of technologies’ trade-offs beyond the license. Software developers gain a framework to understand how their software fits into the bigger picture, as a free license is necessary but not sufficient for guaranteeing software freedom today. Activists can divide-and-conquer.

Many outside of our immediate sphere understand and care about these issues; long-term success requires these allies. Claims of moral superiority by licenses are unfounded and foolish; there is no success backstabbing our friends. Instead, a nuanced approach broadens our reach. While abstract moral philosophies may be intellectually valid, they are inaccessible to all but academics and the most dedicated supporters. Abstractions are perpetually on the political fringe, but these concrete issues are already understood by the general public. Furthermore, we cannot limit ourselves to technical audiences; understanding network topology cannot be a prerequisite to private conversations. Overemphasizing the role of source code and under-emphasizing the power dynamics at play is a doomed strategy; for decades we have tried and failed. In a post-Snowden world, there is too much at stake for more failures. Reforming the specific issues paves the way to software freedom. After all, social change is harder than writing code, but with incremental social reform, licenses become the easy part.

The nuanced analysis even helps individual software freedom activists. Purist attempts to refuse non-free technology categorically are laudable, but outside a closed community, going against the grain leads to activist burnout. During the day, employers and schools invariably mandate proprietary software, sometimes used to facilitate surveillance. At night, popular hobbies and social connections today are mediated by questionable software, from the DRM in a video game to the surveillance of a chat with a group of friends. Cutting ties with friends and abandoning self-care as a prerequisite to fighting powerful organizations seems noble, but is futile. Even without politics, there remain technical challenges to using only free software. Layering in other concerns, or perhaps foregoing a mobile smartphone, only amplifies the risk of software freedom burnout.

As an application, this approach to software freedom brings to light disparate issues with the modern web raising alarm in the free software community. The traditional issue is proprietary JavaScript, a licensing question, yet considering only JavaScript licensing prompts both imprecise and inaccurate conclusions about web “applications”. Deeper issues include rampant advertising and tracking; the Internet is the largest surveillance network in human history, largely for commercial aims. To some degree, these issues are mitigated by script, advertisement, and tracker blockers; these may be pre-installed in a web browser for harm reduction in pursuit of a gentler web. However, the web’s fatal flaw is yet more fundamental. By design, when a user navigates to a URL, their browser executes whatever code is piped on the wire. Effectively, the web implies an automatic auto-update, regardless of the license of the code. Even if the code is benign, it is still every year more expensive to run, forcing a hardware upgrade cycle deprecating old hardware which would work if only the web weren’t bloated by corporate interests. A subtler point is the “attention economy” tied into the web. While it’s hard to become addicted to reading in a text-only browser, binge-watching DRM-encumbered television is a different story. Half-hearted advances like “Reading Mode” are limited by the ironic distribution of documents over an app store. On the web, disparate issues of DRM, forced auto-update, privacy, sustainability, and psychological dark patterns converge to a single worst case scenario for software freedom. The licenses were only the beginning.

Long before I joined the RISC-V mailing lists, it was well-known within that small and tightly-knit community that if you were not associated directly with UC Berkeley, you were basically not welcome. Caveat: if you signed the NDA-like agreement which conflicts directly with, for example, the Debian Charter and the whole purpose of libre licenses, then you got a "voice" and you got access to the closed and secretive RISC-V resources and mailing lists.

to quote > Q: Do I retain copyright? A: Yes you do however we do ask that you make a "dual-assignment" so that we can enter into (non-exclusive, non-transferrable) re-licensing agreements to large Corporations that do not like the LGPLv3+. Given that you would receive a percentage of a substantial amount of money (which will be a donation by that Corporation) there is a financial incentive there (licensing deals for GPUs start around USD 250,000 for the low-end ones and go up from there)

Across several projects, nearly EUR 400,000 worth of additional funding applications were put in, and around EUR 200,000 to 250,000 of those have been approved. The RISC-V Foundation's continued extreme unethical actions have led us to consider using Power ISA.